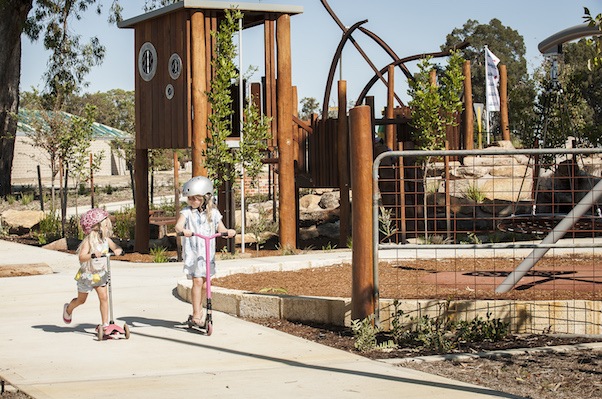 A new $16 million Baldivis Primary School will begin construction at The Edge this year.  The new school – Baldivis North Primary School – will cater for 430 students. It will be open in 2020, catering for Kindy to Year 6.

Baldivis North Primary School will be located on Nyilla /Approach, The Edge, Baldivis.

A Visit From the Premier

Over the last five years, the population of Baldivis has increased by more than 3,100 people on average every year. The school was one of three new schools announced to meet the population growth in Perth’s expanding outer metropolitan area.

“This Government is committed to building outstanding facilities across the State to ensure our education system keeps up with the population in some of our fastest growing suburbs and eases pressure on existing schools,” Sue Ellery said.

“These new primary schools, with modern facilities, will inspire students to learn and provide staff members with the best possible teaching environments.”

“This Government is investing in new local schools across the State to ensure students have access to the best possible education. These new school projects will provide quality learning spaces for Western Australian students and create new jobs for WA workers.”

The Edge Baldivis has a brand new sports oval and facilities, as well as new nature play parks. So it is an ideal choice for a modern, inspiring new Primary School.

Land near the Baldivis North Primary School site is available now. Some of the closest land to the school site –  Release 2 (Cottage Lots) and Release 3 – were discounted by up to $10,000 just prior to the school announcement. These discounts are only valid for contracts signed up by March 25, 2018. Get in quick as they won’t last long with the new Baldivis Primary School now confirmed.

Release 4 is our latest land release. It is also walking distance to the new School.  Or Release 1 is also discounted if you prefer to be closer to parks.

While you’re checking out the new Primary School site, why not pop into some of our brand new display homes. Our 22 home Display Village is located nearby on Key Avenue.

Media releases confirming the announcement of the new Primary School are listed below.

Community News – A Primary School Will Be Built in Baldivis